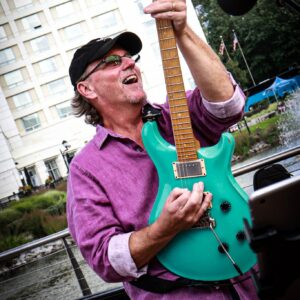 Frank McCreary has been a singer/guitarist in the Maryland Virginia Washington DC area since the mid-1980s.  His strong vocals and smooth guitar playing are the perfect combination for his music.  Frank play songs from artists such as James Taylor, Jackson Browne, Eagles, Cat Stevens, the Beatles, Bruce Springsteen, and many more. He has been the front man for several very popular bands in the Maryland area and has enjoyed success in many venues, including Orioles Park at Camden Yards, M&T BANK stadium, all the areas casinos, and all major Maryland and DC night clubs. Frank has even performed at the French Embassy.  Frank and his bands have opened up for multiple musical stars over the years, and Frank is currently recording his own music where he lives in Westminster Maryland. Frank has had success recording with multiple other artists, and had a recording in the rotation for Grammy nomination in 2011.