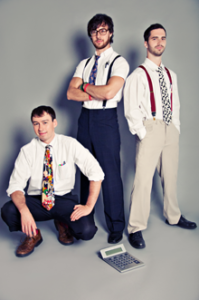 Ryan Paladino is part of the band Irresponsible. Irresponsible is an Alt-Rock band based out of Washington, DC, whose hard work has landed them headlining shows at such nationally-renowned venues as the 9:30 Club and Jammin’ Java. The quality and consistency of Irresponsible’s studio releases and live shows have established the band as favorites in the DC music community. With the release of one EP and two LPs over four short years, Irresponsible has received consistent airplay on the Local Lix hours of DC’s premier rock station, DC101. Five of their songs have been featured on the station, including the most recent single, “Burn With Me.” Irresponsible’s blend of lighthearted fun and serious musicianship sets this group apart from the rest!